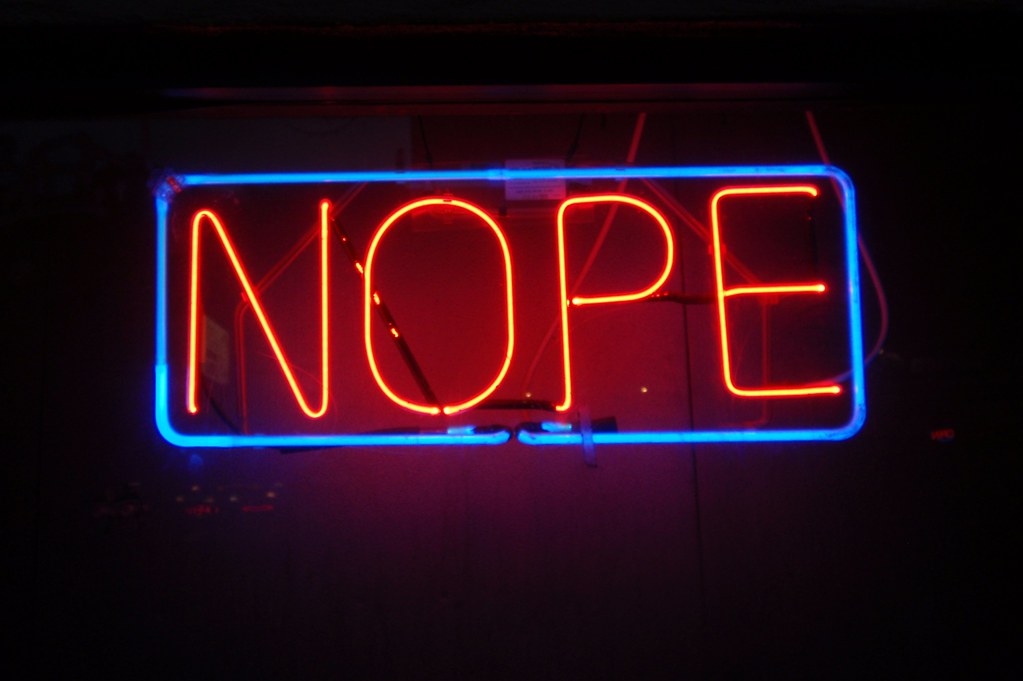 Just One Puff? Never! (Thanks hwc  for pointing this one out.)

The One Puff Files (from Whyquit.com)

Here are our very own One Puff Files from  the EX site.  (I've condensed them from the original posts.)

And then click on the following video:  "Maybe a puff isn't that big of a deal" - YouTube

6/1/20 "I quit smoking for 2 and a half years and was doing fine with it. Never missed it. Then I got stressed out and smoked one. Just one. Then it turned into two then three then four.

Nov. 17, 2019 " I started smoking when I was 16 and went down this road before and I ended up quitting for 4 years. I wanted to take a hit off of my nieces cigarette to see if I would cough and I did not but from there, I began smoking again just that quick"

October 2, 2019 "I relapsed because I found a vape and pod that I didn't throw away. I can't have any mods or vape juice around me"

April 10, 2019  "Life just got insanely difficult at the end of October, I had a bad day, and bummed a cigarette from my co-worker.  Next thing I knew I was back to a pack a day."

April 23, 2019  "I thought I had licked smoking. Little v cravings if any. Then i bummed one. Then another. Next thing you know, I bought a pack. Basically I had a habit all over.  The only way to quit is to quit."

June 10, 2019  "Unfortunately I lost my quit during the first week. "Just one" did me in and was back to buying packs in no time."

Feb. 4, 2018  "Yes I had quit a few years ago.  Felt great I was a smoker who had successfully quit.  Made it 1 1/2 years.  Out of the blue my mind convinced me to have just 1 ciggerette. Surely just one won’t hurt.  That started and triggered another 4 years of smoking and numerous quit attempts."

Feb. 16, 2018  "About 7 years ago I quit smoking. It was a tough one, but I did it. Jump to 5 years later and I was out with some friends drinking, I thought I could enjoy that one cigarette with being smoke free for 5 years. Was I wrong, it was gradual but i started smoking more, then it went to almost a pack a day.

Feb. 23, 2018 "14 years ago I quit smoking and remained smoke free for 5 years until that one day I decided “just one puff won’t hurt.” That began my next 8 years of bondage to cigarettes."

March 27, 2018 " I returned to smoking after 18 years without!! How is that for addiction - kept at bay for 18 years and truly I was disgusted by it when I was a non-smoker and never thought about it -until I took that puff-a-roo and POOF gone - 18 years....

May 28, 2018 " About 6 weeks ago, I started smoking again after being quit for 9 years..... I rationalized that I could just smoke one a day, but it only took a few days before I was back to smoking what I did before I quit and even more than I used to.

Feb. 11, 2017.   I lasted almost a year until I started dating a smoker. Typical addict thinking started sinking in. 'I can take a drag and be fine'. Then, it became 'I'll smoke half a cigarette' because that's better than smoking the whole thing. Then, 'I had a bad day so I'm just going to have a cigarette'... and you know the progression to smoking just like I did before I quit in September. Took less than a week to become a full-time smoker again.

June 13, 2017  "I blew a 2 year quit thinking I could smoke "socially" and blew so many more trying to bargain with the addiction."

Being totally confident that I was never going to pick up that cigarette again. I was doing so well.  I started slowly.. having 1 cigarette maybe once a week socially, then 2 or 3 . After a month or so it steadily progressed to the same amount I was smoking before I quit, 10-15 cigs a day.. It's been almost 3 months now that I am back to the habit I don't like. Mad at myself.. I can't believe it I am doing it to myself again.

September 28, 2017.   I am really frustrated that I used an excuse to smoke.   If anyone is looking for an excuse to smoke, here is a tip:  ITS NOT WORTH IT  I have to start over again, I went five months smoke free and now I'm back at square one.

May 22, 2016  "I had convinced myself that I could hang out at my favorite smoking corners. I believed that I could chill with my buddies on their smoke breaks. I even said to myself that it helped me stay quit because I didn't have to sacrifice my lifestyle for my Quit.   So I spent the boys night out at a friend's house playing cards while they smoked up a storm Of course, there were a few beers with the cards and smokes....  And I just said, "What the heck! I'll smoke just one,,,,"  One turned into 3 that night and I thought it would be easy to get smober in the morning!  N.O.P.E.!  I was hooked and other than a few jitter-quits I smoked n for the next 12 Years!"

Nov. 10, 2016  "When I received medical news that shook me to the core, causing me to throw away my 5 year smoke-free record, I was in deep. Hooked. When in a naive state of mind,thought that just a couple of cigarettes wouldn't be a problem. Just to ease my shaken nerves. a couple of cigarettes turned into at least six months worth of smoking cigarettes and at least five or six attempts to quit yet I was hooked. I'd always found a reason to come right back to the pack. Making excuses."

Nov. 12, 2015  "I had, at least, a solid 4 year quit going when I started smoking again. ....  Having not smoked for four years, the first few cigarettes were not all that pleasant, (kind of like my first few dates with my now-ex, LOL.)  I felt dizzy, slightly nausious and had that foul taste in my mouth.  But I smoked the whole pack before half the week was out and had to buy another to finish off the remainder of my time alone."

July 21, 2013  "I chose to flush a thirteen-year quit down the toilet six years ago ....  So even those of us who have had a long-term quit can still make a stupid choice.  I made mine because I was over a decade quit and thought one wouldn’t hurt me (yes, alcohol was involved – so do yourself a favor and put the hootch on hold for as long as need be, because your inhibitions will be lowered and trust me on this, there is no idiot like a drunk idiot, and there is not a more pathetic drunk idiot than one with his first cigarette in 13 years hanging out of his mouth)."

Dec. 6, 2011  well i have made the biggest mistake. i am very irritable today everything is getting on my nerves. guess its just one of those days where everything sucks! so i thought id go buy a pack of smokes and smoke one. yea it was horrible. i actually coughed, it tasted horrible, and it hurt my lungs. i have let myself down. but at least i know now that smokes are not the answer anymore. there are just a number of things bothering me and for some reason it seems hard to explain how i feel. so needless to say i have a pack of cigarettes i do  not want.... i just want all this to go away

I was 12 days into my quit, I had quit cold turkey, was done with withdrawals symptoms, had even had an evening around a camp fire with beer and other smokers.  I was comfortable, the hardest part was over.  A couple days after the camp fire, I was on the beach with a friend and bummed "just one" from her.  It took me 2 years to even give it a real go again.

Feb. 3, 2009  "I thought about how before my son was born I quit smoking for 2 years. What was it that made me start again??   ....  THEN BOOM - IT HIT!! I lost my job!!   ....   My husband didn't say a word that day, just hopped in his truck, stopped at the convenience store, bought a pack of cigarettes and had two slammed before he got back home! I could smell the smoke on him the minute he walked in. THAT is when I LET MY GUARD DOWN!! I hadn't thought about smoking up until that moment! I didn't think twice - I grabbed a cigarette and lit up! I was a SMOKER again!"

May 9, 2008. Once upon a time I had a 20 day quit....then fell into the missing smoking trap. So,I had one and here we are how many years later and still smoking.

June 7, 2008. The first time I quit was like 6 years ago after about ten years of smoking. It lasted like 6 months...until one day, while driving home from somewhere, I stopped at the old gas station I had bought cigarettes at every day for the past few years and bought a pack. This time, I made it another 6 months, when I slipped up from the stress during exam week. I only had one cigarette that week, but then ....

June 18, 2008. 8 years ago i had quit for two years...After drinking a few, I asked her for a smoke and my husband then asked for one too (he was 2 yrs quit too) and then we became smokers again! I know know thatI HAVE to stay away from that ONE cigarrette!!!

June 30, 2008. I had quit for almost 8 years and I ended up slipping, It was a gradual thing, "oh I'll just have one today with this drink", then it turned into 2 and pretty soon I was a full blown smoker

July 5, 2008. Like a little kid,I snuck a cig of my husband and hid in the backyard and only made it through a couple of hits before i felt sick and dizzy.But later that day I did it again,then I just gave in and began smoking AGAIN.

July 27, 2008. I didnt smoke for 5 years until my soon to be husand started talking with me about smoking. It started off as a joke...let's see what it is like to have one cigarette with eachother.. . Right back into the habit.

Aug. 30, 2008. I had quit for 8 years.... I read an article somewhere that said if you were a non-smoker, and had to have a long flight over many times zones, if you smoked just one cigarette when you landed it would help you adjust to the time zone change.... I remember being in the duty free shop in Hamburg on my way to Moscow and remembering that article from 4 years passed----and when I landed I lit up, the just one, and was on my way to becoming a full blown smoker again in a few days.

Sept. 1, 2008. I bummed one from a co-worker and smoked it.... Ten minutes later I asked for a second. Within half an hour of that first puff, I was buying a pack for myself.

Oct. 7, 2008. ....the last quit which was my longest...3 weeks and I did the same mind stuff, saying what would it hurt to just have one and so I bummed one. Then a day or two later, I told myself I would buy a pack and smoke two of them and throw the pack away. Well, then later when I started smoking the whole packs, I told myself that I had quit this time and I could do it again later. That was back in '91

Nov. 8, 2008. Did fine all day yesterday UNTIL driving home from work. That little voice said.. just buy a pack, smoke 1 and throw the rest out. It's just one. Well, I smoked 3 last night and 2 more this morning.

This content has been marked as final. Show 37 comments