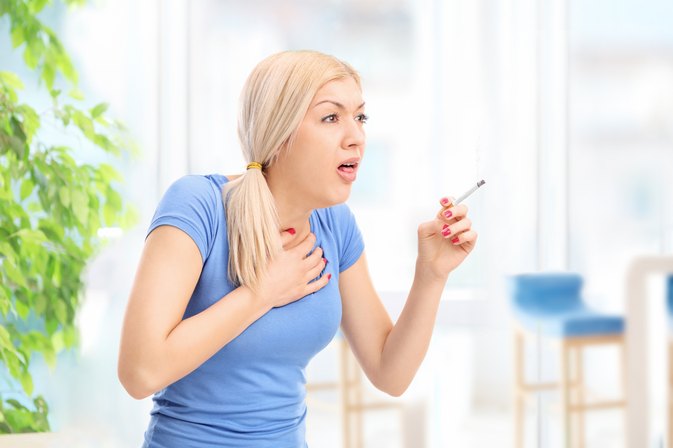 Remember that first time you lit up? Wow it was Horrible and the taste of it was terrible. So, after experiencing that First Cigarette and how it made us feel, Why in the world did we go for the second one? That first one should have been a Clue to us all.

I remember that day.  I was in my garage and stole a cigarette from my aunt.  I lit it up and when I inhaled I thought I was going to choke to death.  Then Panic Mode set in; will they know?  Could they smell it on me? My heart was Racing but, I took a second drag and again, the coughing started.  I threw the cigarette away, went to the bathroom and brushed my teeth and gargled with Listerine.  "I'll never do that again". Yeah, right.  I just started Jr High and almost everyone was smoking. Fellow students would ask If I had a cig and I was happy to share.  Still not feeling great about smoking I still continued and eventually there was less coughing until, I suppose, my body became used to this Invader.  Back then we had ALL the signs and signals to Not Smoke but, we wanted to fit in, became a part of the 'social setting' and never looked back.

If I could go back in time to speak with my young self, we'd be having quite the conversation about the Right and Wrong Choices we'd make over the years and Smoking would be at the top of the list.

Do you remember your first time?

This content has been marked as final. Show 12 comments