Before you buy that pack, replay in your mind your last relapse. Or if you haven't yet relapsed imagine what it will be like when and if you do.

"My mind tells me I want to smoke....so I get my purse.....get my car keys (or if I'm out in the car I go to a gas station)....I walk in....I'm already feeling guilty....but my craving is taking hold of me....I ask for a pack of Marlboro Lights Box...there's a little angel on my shoulder tapping me....I don't feel good about asking for a pack....but I want it...asking for a pack - saying those words makes me know I'm about to fail....but I think I will just smoke one....but I secretly know if I do, I will smoke the whole pack...one part of me is screaming not to...the other part is simply a gut reaction that has no basis in choosing....it's simply a want...but it's screaming louder...the pack is presented to me...I put the money down...and take the pack...I unwrap it on the way to the car...because I can't wait...I put the wrapper in my pocket because I don't want my husband to see it...I'll throw it out later..I turn the car on auxiliary and open the window because a car closed up full of smoke is unpleasant...I am no longer thinking, I no longer feel the angel's tap...it is just feeling...I have lost all control...I take a match from my visor which I've left there and light the cigarette...and inhale - gently...because I know that I haven't smoked in a while it will seem harsh...and ah God it tastes good...well, perhaps not as good as it was, it is a bit harsh and does make me a little dizzy...oh and slightly nauseous...but I know that will pass soon enough...and by the end of the cigarette, which I smoke down to practically nothing but the filter, I've gotten used to it again...what doesn't occur to me is that I'm now hooked again...that that's all it took...I think - that's it, I'm only smoking this one...and then I get home having secreted the pack somewhere in my purse...and I know it's there...and it starts calling me like a Siren, niggling at my mind...and you all know the rest of the story....". 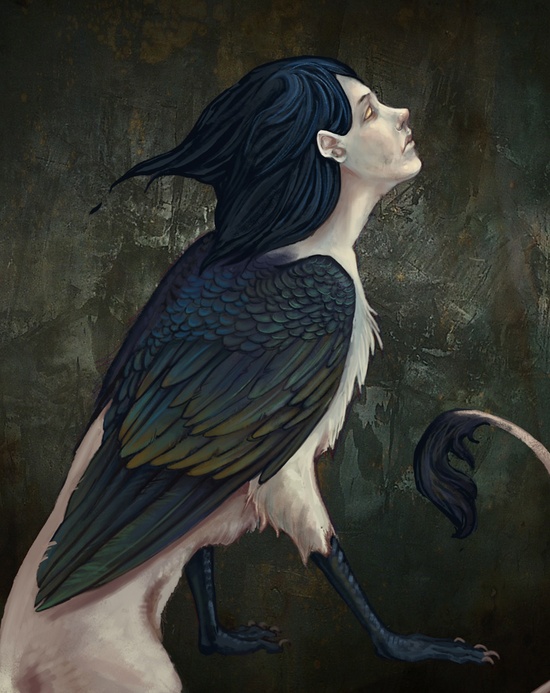 Or - the scenario I prefer to imagine:

"My mind tells me I want to smoke...so I get my purse...drive to a gas station...walk in...ask for pack of Marlboro Lights Box and at that moment alarm bells start going off in my head...you can't do this...DON'T do this. You Don't want to have To Go Through the QUITTING PROCESS ALL OVER AGAIN...YOU DON'T WANT ANOTHER DAY ONE...and as the guy behind the counter is turning back to me with the pack in his hand I literally run out of the place....I get in my car...close the door...and sit there breathing hard because I almost blew it...I was that close...I was that close...and my heart is beating so fast...and I'm gulping air...and I've got goose bumps all over my body because adrenaline is pumping through my cells...and I'm not even thinking...just feeling...until slowly it all subsides and thought process comes back and I realize I did it...somehow I did it...I didn't buy the cigarettes...and I'm rather amazed and a little light headed...and I drive off in wonder with my mouth slightly open....and then remember to thank the little angel on my shoulder...."

This is the original from which I wrote my own version above:  REPLAY THE RELAPSE

This content has been marked as final. Show 18 comments