You can't smoke with wet hands Most quitters are apprehensive before they quit. Much of it is just plain old brainwashing from snippets we've heard throughout our lives about quitting.

Then they begin their quit.

It's like building on sand, and, most will soon give up and disappear.

This is why you learning what we tell you and putting it into practice guarantee's your best success.

Drink it in, Start practicing what we tell you with the self talk and give it the time it takes to dissassociate your connections to smoking. There's alot of them.  :-)

but her itinerary says they are staying in Wengen so last night I went looking for live webcams. Of course it was already dark there because of the time change.

His blog is gone?

Wengen sits halfway up the mountainside

You take a train to get there 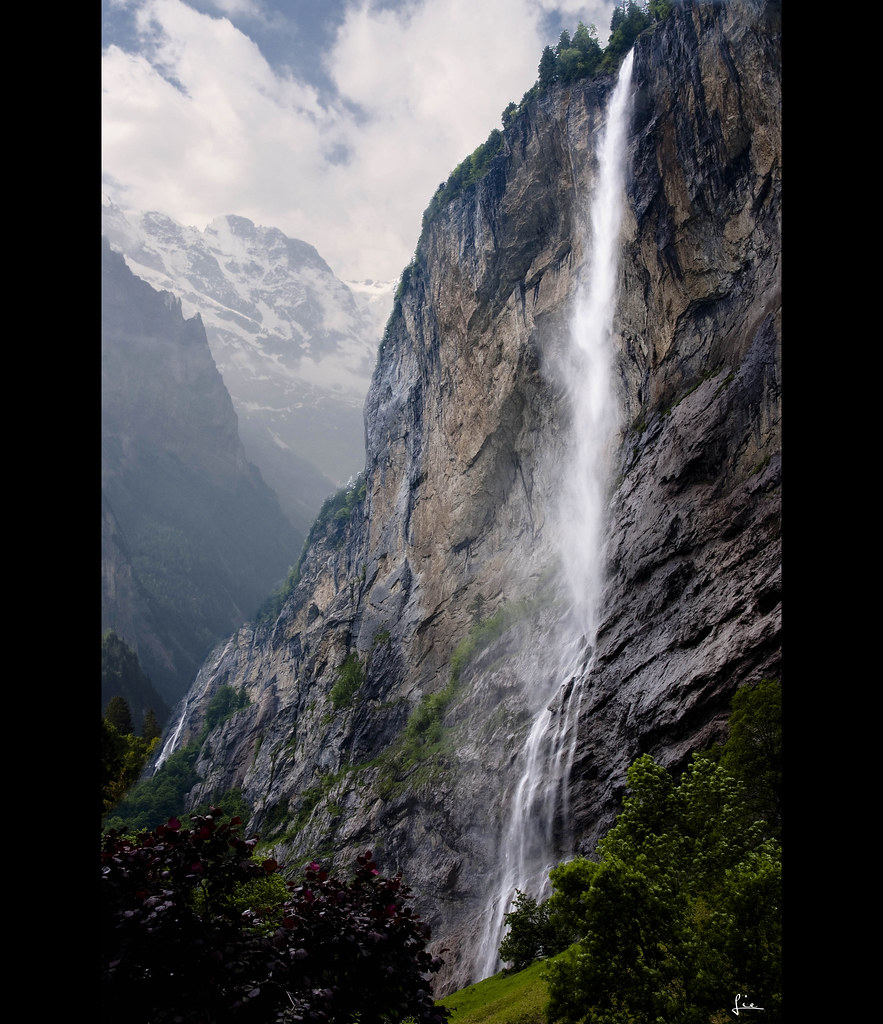 If you look at the mountain map below and run a line from the right edge of the top red box, Wengen is in line with it about 60% of the way down. 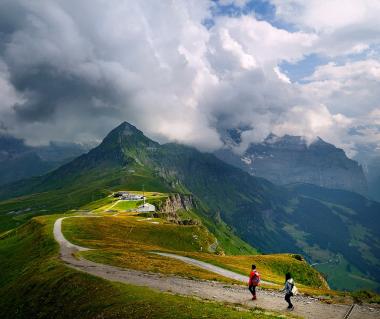 The walk to Wengen video below is a wonderful distraction. Enjoy your smokefree day! 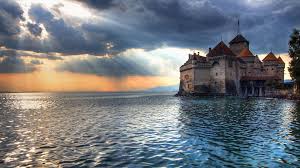 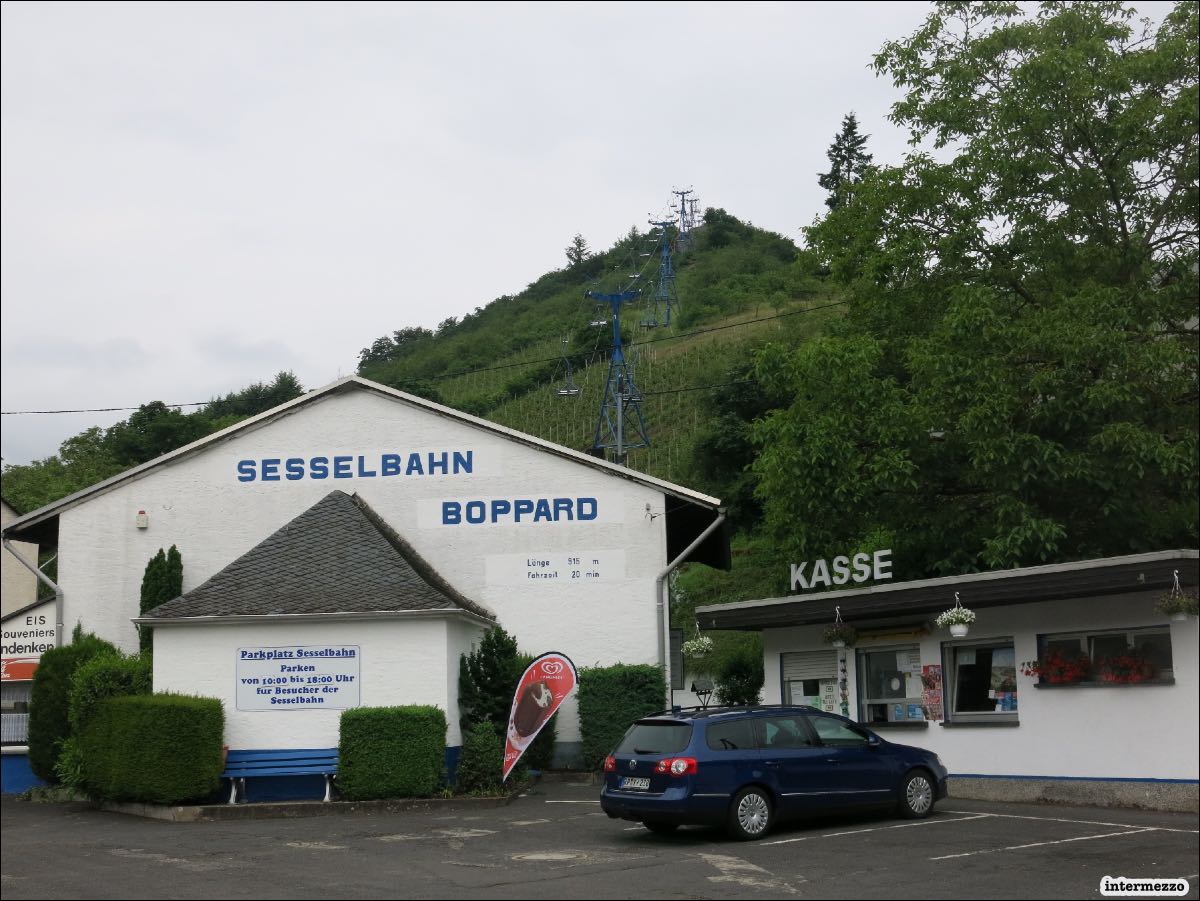 Have you ever slept on those chairs in an airport? I remember the first time. I think it was 18 hours

We had a large group, flew standby (does that even exist any longer)  and, often, we all didn't get to travel on the same plane until the group management figured a go around.

If there were 40 of us, they would book 200 seats and when those people didn't show up, our standby's were good. I don't believe it was ethical but I didn't know about it until after I left the group. We were a non profit group and people at the top weren't getting any huge paychecks.

There are ways to get around problems. SMOKING ISN'T ONE OF THEM.

We can show you how to get through the most difficult parts of quitting.

Tomorrow Switzerland they go... When I know more I'll let you know

We'll call it the chocolate train until we get a better name.  :-) 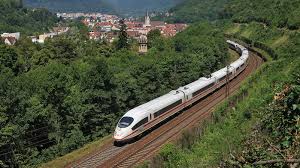 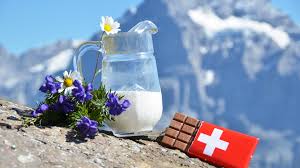 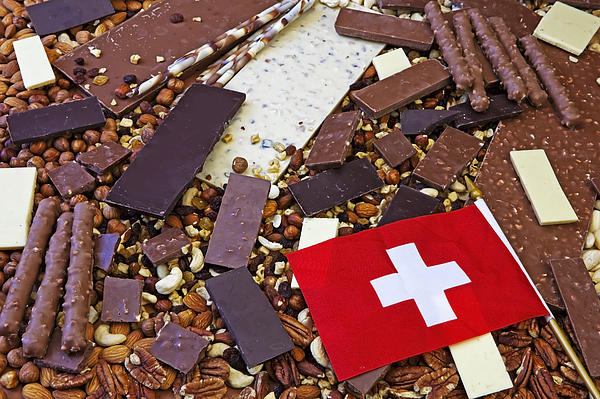 So I'm winging it! Anyone heard from Candy Lance?

I know she is supposed to be doing day trips out of Boppard until they leave for Switzerland on Sunday.

So, I'm guessing with the photographs until I know where she's been.

Enjoying the castles, going for walks.

Here's a note from her yesterday including some of the differences between Germany and the US.

It's 6:09 here now.  Our trip up the Rhine on the boat was INCREDIBLE.  The boat ride was smooth and we were able to stay topside.  It was a bit chilly so it wasn't at all crowded,  Castles nestled on rock faces on both sides of the river were amazing.  In Boppard now in the flat.  Small but servicable and new and clean.  Our bedroom window looks out on the town square.  Things that are different here:  street signs are on the buildings, toilets don't have tanks and have almost zero water in them (there are two buttons - one to flush with a great onrush of water, the other to stop the onrush --- quite conserving!).  All windows have two ways to open - vent inward at the top or open all the way from the side.  There are no screens - and no AC ---- and almost no fans.  There are no microwaves that I've seen..  Almost all transactions are in cash - credit card use is VERY limited. 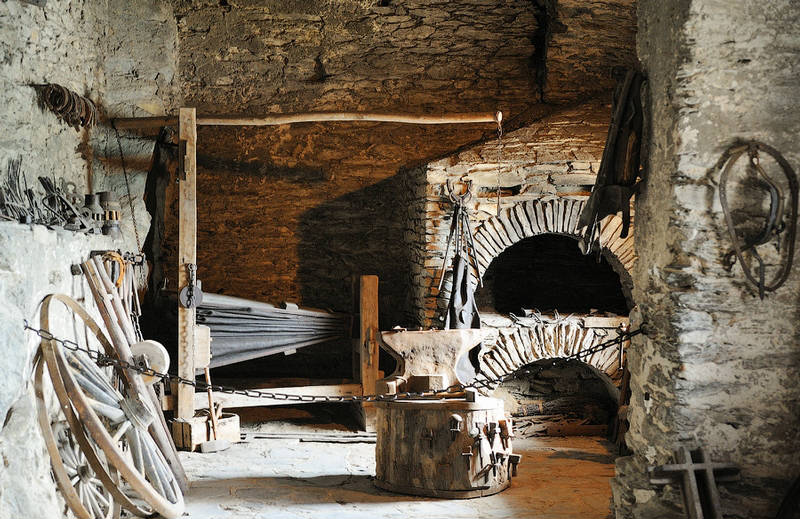 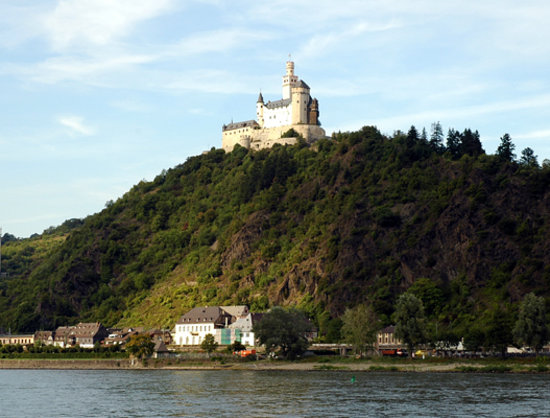 Don't you think it might be a good Idea to separate them so you can move forward and destroy them both?
What I mean by that is setting up that conception in your thinking instead of trying to slog through your quit.

There is no need to want to if you will take the doubt of emotions out of it.

You can simply follow our lead as we uncomplicate the quitting process for you by breaking it down in the blogs.

If you have questions ASK. It is the best way to get  and stay involved with your quit.

Divide: Begin separating the two parts of the addiction in your head.

Some will choose to tackle the physical addiction promptly.

Others will use an NRT while they begin unlearning the psychological connections of the hand to mouth cycle.

The trick is to not get caught connecting the nicotine replacement to your old smoking cycle because then,

you cannot get out of the cycle.

See it clearly. Attack it with knowledge.

She said she walked 6 miles yesterday and saw 7 castles as they cruised the Rhine. 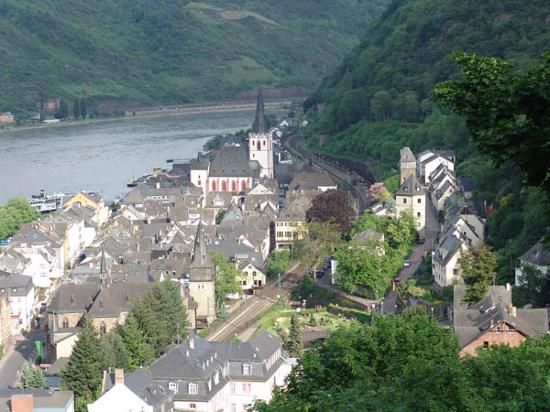 We tell you it's a mind game. We explain that the only way to be free is to unlearn it.

It's mainly getting used to getting through life without smoking.
At 2 years...
You've been through the changes of seasons twice
You've most likely experienced the pain of losing somebody close to you

and/or
Your pet
Perhaps lost your job

Had a bad illness

Been through those difficult holidays twice without smoking

Why in the heck would you go back?
Stick it out.

Nancy gave me her itinerary and I thought it might entertain you as it does me to follow what she is seeing on her journey...

They are still in Mainz today recovering from their flight and sightseeing.

Their hotel is close to the Rhine (see last nights photo) and there is a lot of architectural sights and beauty in Mainz.

Tomorrow? Off to Boppard.

Just got an email.  :-) The second picture below is the Guttenberg Museum where one of the first bibles ever printed resides they were there yesterday. Her plane arrived in Frankfurt at 7:44am German time and they were taking the train to Mainz in preparation for a cruise down the Rhine River to see all the castles perched high above. Nancy is on her way to Europe.

This is her flight. "Keep Them Away From Your Face Bag"

Unlike a peach, your quit will still ripen if you allow enough time.

There's only a week or two left of peach season.

They were eXceptional this year. Go Get 'Em

It's your job, and your reward to get there and that may mean some difficult days.

Don't get bogged down. Make it about living not quitting.

Anyone know how to turn a steak into a shake?

No, I never did it but it was my one excuse I gave myself when I quit smoking.

It's getting to be sad here. To lose Betty in just three weeks time.

Life is beautuful without smoking.

I hope everyone here gets to experience life without smoking before your end.

The high grade dysplasia in my esophagus is trapped under scar tissue from all the resectioning (cutting) they've done to remove the Barrett's Esophagus and I'm getting the ablation (burning) tommorrow morning because the scar tissue will not let them suck up the area to cut it out.

Smoking weakens the valve where your stomach and esophagus are enjoined and causes acid reflux and gerd.

If you have heartburn, get it checked out.

I should be home by 3pm EST.

Here's the biggest one of all.

I don't know if I want to quit bad enough

I don't want to quit.

Whether you want to quit or not, if you don't decide to quit, you won't.

You do not have to want to quit to decide to quit. The two are not mutually inclusive.

What is mutually inclusive to succeed is the willingness that goes along with that decision.

If you aren't willing you are in opposition to your decision.

Yes, it's tough those first few weeks. Yes, it's especially trying those first 4 months or so, but, how long did you smoke?

Yes, you have to be willing to allow yourself to unlearn what you've done for so many years.

The physical addiction lasts as long as you are using nicotine but your brain rewires those pathways as early as a month after you quit using nicotine.

If that is the case, why would you believe that you can't let it go?

It's the memory of the feeling that nicotine gave you that is associated with what was going on at the time you smoked each cigarette for all those years that you are unlearning.

If you stop smoking today, you could be near the end of no mans land by the Holidays. 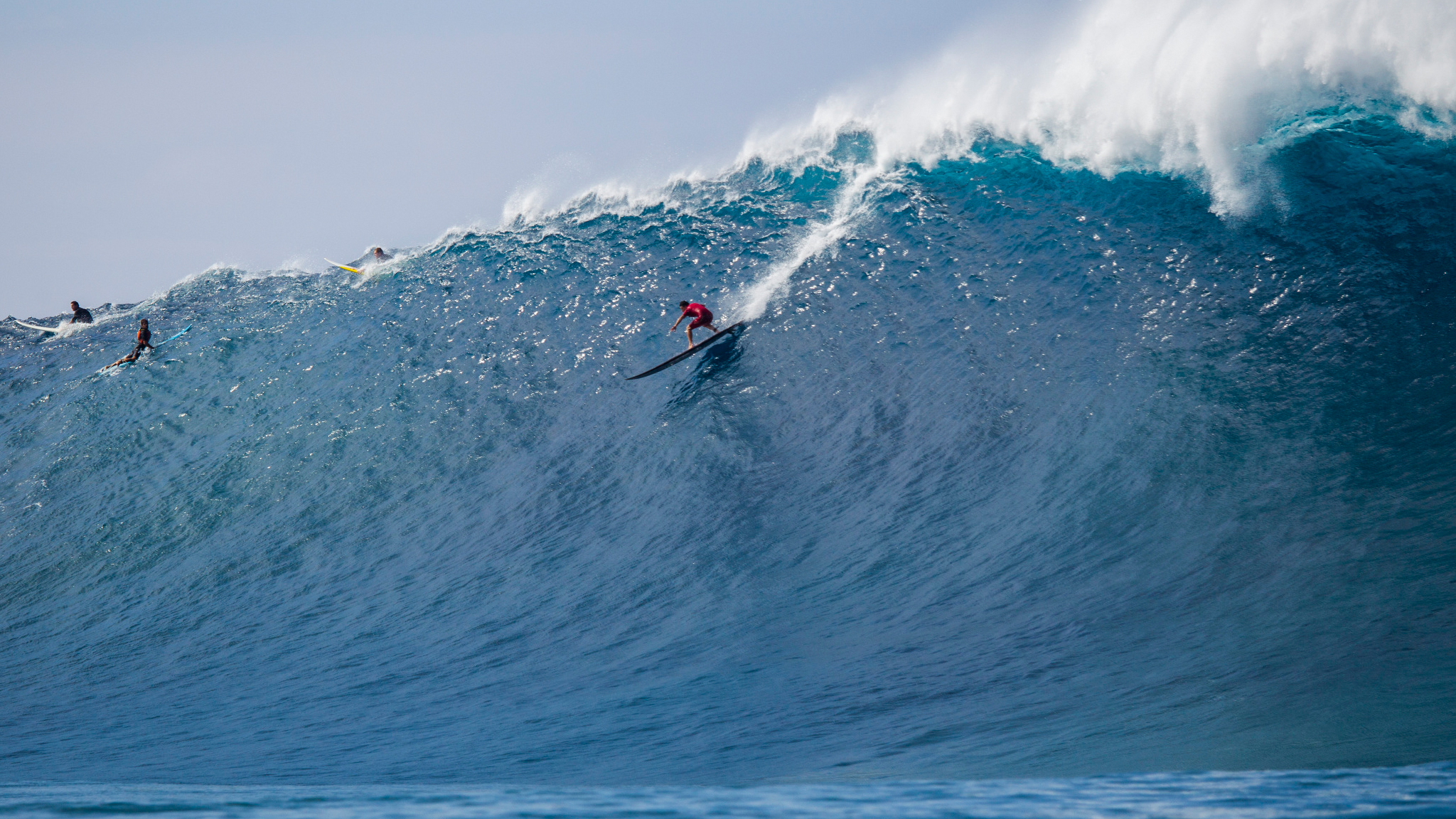 Those first times you realize you didn't think of smoking all day are your proof.

Yes it happens during the time most people give up.

Those daye will become more frequent if you give it time.

I wasn't positive I was done until day 126.  For some it takes longer.

But those days you forget are the beginning of your proof.

Look for them. Celebrate them.

I realize most of us just don't have the time to get really involved and might only have time to leave a comment on a blog, but, if you do have extra time you can often learn by going back and reading the responses after yours and any comment from the author  if they left one.

What do you expect to learn from your own comment?.

What can you learn about "the place" someone is in with their quit who's first post on the site was a comment after yours?

What do you learn about how the author took the comments so you can relate to them in their next blog?

I believe you can can click on the RSS feed link on the left of the blog and you will get an email notification when someone responds on the blog. Yes, the number of emails would definitely become overbearing for me.

Perhaps you could bookmark blogs of particular interest in your browser and then delete them after a few days? (You can make a folder for eX within your browser)

But perhaps on going back on a particular blog and seeing a first timer's comment, you could go to their page and try to give them some help or encouragement directly?

I realize it's work but quitting smoking is work and helping someone quit smoking is a work too.  :-)

When Memorization Gets in the Way of Learning

A teacher's quest to discourage his students from mindlessly reciting information

Ben Carson. Raised in poverty in Detroit, by a single mother with a third grade education.
Ben Carson on his mother
My mother never made excuses and she never accepted excuses from us.
If we tried to make an excuse she would say, "Do you have a brain?
"If you do, you could have thought your way out of it. It doesn't matter what John or Mary or anyone else said or did."

When I came off the road, in 1971. married 6 months, we started with nothing. We were given an old recliner and couch bed and went to adult ed classes to learn uphostery. (I also took a photography class as my aunt had given me her 35mm camera  with 3 lenses.)

We needed something for the walls and I wanted tactile things that were deep and colorful. So we decided to make the things for our new home.

I did 2 latch hook rugs, both quite large and it was very enjoyable and relaxing . they have both wool and acrylic yarns precut to length. It's a simple process, you can get a pattern and choose your own yarn colors or get a kit where everything is included.

You really can't screw up the process.

here's a video clip to show you how simple it is.

take some of that smoking money saved and enjoy yourselves. Make holiday gifts that give all year long.

If you are going to walk on the rug, use acrylic yarn. A wall hanging like below, wool.

This is the largest rug I hooked. It hangs above my bed now in a pecky cedar frame. It is 5 feet wide and took me 200 hours.