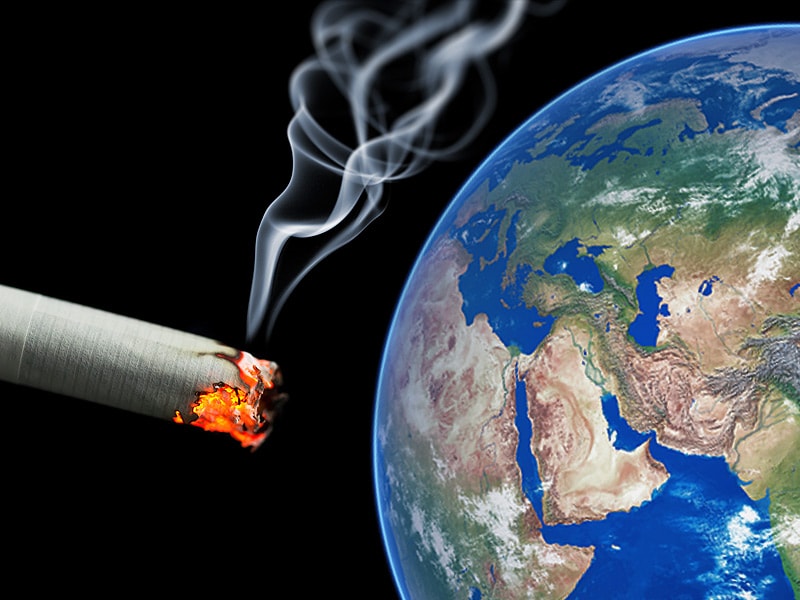 We Addicts ignore our values if they conflict with our drug use. As Nicotine Addicts we can erroneously be tree hugging environmentalists while using a highly toxic and wasteful product. The following articles site just some of the ways that cigarettes destroy and pollute our one and only Planet Earth:

While most people know that exposure to tobacco smoke—both active and passive—is life-threatening, many do not realize that the dangers from smoking don’t end once a cigarette is extinguished. A growing body of research is documenting the impact of tobacco litter on the environment. In the US alone, a large number of the 280 billion cigarettes purchased each year end up littering sidewalks, waterways, parks, beaches and public roads.

But the environmental impact of tobacco goes far beyond litter. Cigarette butts leach toxic chemicals —including arsenic, cadmium, lead and polycyclic aromatic hydrocarbons—that could pollute the environment and harm its ecosystems. They are mostly made of plastic and are only biodegradable under ideal conditions, making them a long-lasting threat to the environment.

And like many aspects of tobacco, the impact of cigarettes on the environment has economic implications as well. Cities, towns and other municipalities must pay clean-up costs for tobacco litter; in 2009, in the city of San Francisco alone, these costs were estimated to be more than $10 million each year. 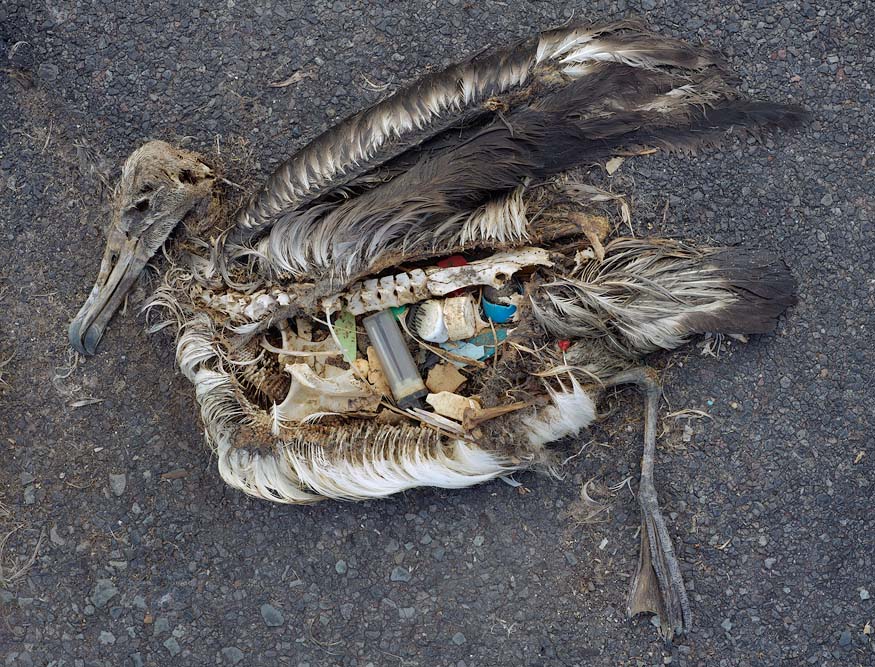 Worldwide, it is estimated that 1.69 billion pounds of cigarette butts end up as waste each year. 910 A study conducted by the California Department of Transportation found that cigarette butts make up 34 percent of the total waste captured in California.11

The production of cigarettes is very damaging to the environment. It is estimated that one tree is consumed for every 300 cigarettes produced - that's one tree for every one and a half cartons.12

Smoking poses a direct threat to our forests, homes and parks.12 Discarded cigarette butts have been linked to large wildfires, resulting in the destruction of wildlife, vegetation and property.14 Cigarette-induced fires claim hundreds of lives in California each year, not to mention the millions of dollars in property damage. At least 4.5 trillion [non-biodegradable] filter-tipped cigarettes are deposited annually somewhere in the world.

China, United States, Brazil, Turkey and Indonesia are the five countries that produce the most raw tobacco leaves and manufactured cigarettes.

In Africa, around 5% of all deforestation is caused by tobacco. In Malawi, where the ancient dry forests of the miombo highlands are particularly under threat, tobacco accounts for 20% of deforestation.

Each year nearly 600 million trees are destroyed to provide fuel to dry tobacco. Put in another way one tree is destroyed for every 300 cigarettes.

Tobacco is a sensitive plant prone to many diseases. It therefore requires huge chemical inputs: up to 16 applications of pesticide are recommended during one three-month growing period. Aldrin and Dieldrin, and DDT are among the chemicals used. Methyl bromide, widely used as a fumigant in developing countries, contributes significantly to ozone depletion.

As well as being hazardous to users, chemicals may run off into water courses, contaminating local water supplies.2 There are also concerns about high levels of pesticide use leading to the development of resistance in mosquitoes and flies, making the control of diseases such as malaria more difficult.

Tobacco is particularly potassium-hungry, absorbing up to six times as much as other crops, leaving soil in poor condition for essential food and cash crops.

Modern cigarette manufacturing machines use more than six kilometres of paper per hour.

When we quit smoking we can return to our authentic selves and live by our Values!