The site is going through some changes and might be a bit shaky.  We're all still here.  Doub it not.  Hang in.

Many of us speak on having the right mindset when approaching a quit.  Start off with a negative, a doubt, an "oh I've failed at this so many times before I probably will this time too" will likely ensure your next failure.  And thinking "this is gonna be the HARDEST THING I'VE EVER DONE!" will inevitably  manifest itself for you in just that way.  So it's important to first recognize the negative self talk, then spend the time necessary to change it.  Part of the work required to overcome this addiction is to challenge that negative thinking within yourself and learn how to turn it around.

I hapened upon this article a few minutes ago and was spurred on to share it.  (Well, the following excerpts anyway.)  It just seemed so relevant to the quit journey.

"Your expectations, more than anything else in life, determine your reality. When it comes to achieving your goals, if you don’t believe you’ll succeed, you won’t.  (If you don't believe you can quit - you won't.)

Research from LSU shows that people who believe in themselves use more metacognitive functions than those who don’t. This means that they use more of their brains and have more brainpower to solve problems. Metacognition is especially important for achievement as it ensures that you approach problems from many different angles and adapt your approach as needed.

The tricky thing about your expectations is that they impact other people too. As far back as the 1960s, Harvard research demonstrated the power of our beliefs in swaying other people’s behavior. When teachers in the studies were told that certain (randomly selected) children were smart, those kids performed better, not only in the classroom, but also on standardized IQ tests.

Letting your doubts cloud your belief in someone (including yourself!)  (or something) practically ensures their failure. Medical professionals call this the “nocebo” effect. Patients who have low expectations for medical procedures or treatments tend to have poorer results than those who expect success, even with regards to well-established treatments. If a doctor uses a treatment with a clinically verified high rate of success but presents it in a negative light, the probability of a negative outcome increases.

Your expectations shape your reality. They can change your life, emotionally and physically. You need to be extra careful about (and aware of) the expectations you harbor as the wrong ones make life unnecessarily difficult. Be especially wary of the expectations that follow—they give people all kinds of trouble.

Life should be fair

We’ve all been told a million times (and likely told other people) that life isn’t fair, but in spite of what we know about the intricacies of injustice, it’s a concept that doesn’t quite sink in in practice. A surprising number of us subconsciously expect life to be fair, and we believe that any unfairness that we experience will somehow be balanced out, even if we don’t do anything about it. If you’re stuck in that mindset, it’s time to get over it. When something “unfair” happens, don’t rely on outside forces to get you back on your feet. (and definitely don't smoke over it!)  Sometimes there isn’t any consolation prize, and the sooner you stop expecting there to be, the sooner you can take actions that will actually make a difference.

Opportunities will fall into my lap

One of the most important things a person can do is stick his or her neck out and seek opportunity. Just because you deserve a raise, a promotion, or a company car, doesn’t mean it’s going to happen. You have to make it happen. You have to put in the hard work, then go and get what’s yours. If we limit ourselves to what’s given to us, we are at the mercy of other people. When you take action, think “what steps do I need to take?” “what obstacles are in my way and what do I need to do to remove them?” and “what mistakes am I making that take me away from my goals rather than toward them?”  (Absolutely the same with quitting.  You have to put in the hard work, discover the steps necessary to overcome the obstacles and learn from your mistakes.)

Written by Travis Bradberry (except for that which is in blue, which I added.)

What I mean by that is, after you’ve achieved a certain amount of longevity in your quit you’ll find that it’s something to LEAN on - for strength, rather than shy away from with wishes of smoking and fear of failure.  Our quits make us stronger as people because the results of self-discipline are always encouraging and empowering.  The act of quitting empowers us in ALL aspects of our lives.  Because for all the kudos I give to Alan Carr and his Easy Way, few of us actually find it so.  And when you’ve stuck it out, done the homework, taken the knocks and stayed in the ring long enough to achieve success (whatever that success is for you, 24 hours, a week, three months, a year), you realize you can do ANYTHING!   Your quit is your baby.  You’ve studied the parenting manuals, born it, gone through the sleepless  nights with it.  You’ve gotten mad at it, loved it, nurtured it - it’s changed your life and it’s taught you something too.  And that change is extraordinary.  It’s also something that is all yours.  Nobody can take it away from you.  Well, except YOU, by relinquishing it.  The pride you will feel in it, because of the self-discipline you’ve employed, will embolden you to embark upon other remarkable self-improving journeys.
You won’t know that for a quite a while, won’t understand what I’m talking about really if you’re new at this.  But believe me and believe all of us who have long-term quits - quitting is the most amazingly empowering journey you may ever take.  Embrace it for all you’re worth.  You will NEVER regret it.  And it just keeps getting better.
When all else is turning to emotional mayhem all around you, you’ll find that’s when the security of your quit is the one immovable force that you can rely on.  That’s when you’ll understand what I mean by leaning on your quit. 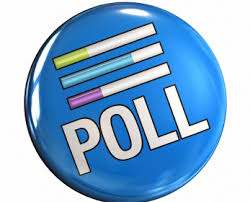 1 -  For those who have quit and remained so for more than 4 months, I'm curious - What ultimately do you consider the MAJOR contributing factor to your longevity?  List ONE only.

2 - If you used a combination of the above,  in which order would you place them?

3 - What do you think is the MAJOR cause of relapse?

D - Overwhelming emotions (other than stress)

4 - In your opinion, what is the best relapse prevention technique you know?

B - Coming here and reading blogs and connecting with the community