I've managed to create an Ex Community chat place.  It seems to be permanent.  (We're all learning as we go along.)  It also seems that one can come and go as one wishes.  Right now there are only 6 in the group.  If you'd like to be included, you need a Gmail address and Google Plus account.  PM me with your gmail address (or maybe we can do it with your Google Plus name only? - don't know) and I'll send you an invite.

I thought it might be fun to chat in between going to Shawn & Smorgy's Halloween party on here tomorrow night.  Two of the group have been able to have a video chat, so that may be possible with up to 10 people.  Just haven't experimented with that yet but may give it a go tomorrow night.  Wear a costume!  I will.

Don’t know if this will work, but for anyone who has the time and is interested, let’s try to do a community chat on Google Hangouts.
Let’s experiment in stages.  First I’d like to try with those who already have a gmail account and have Google Plus.  (Both are free and you must have Google Plus in order to use Hangouts.  It's an easy download.)  If you don’t want to use your regular gmail account, it’s a snap to set up another one just for this purpose and for this community hangout.  If you need help with that, let me know.
If you’re already familiar with Google Hangouts, that’s a boon.  Shawn and I have used it briefly once (not together).  If you’re not familiar with it (it too is free), I think I can help you download it.  You will need to download another small plug-in along with it  to make it work. (Unless you're using Chrome, then I believe you don't need the additional plug-in.)  Google makes it real easy to do this.
All those in this first step who are interested let me know here or in a PM and I’ll try to help everybody through the process and coordinate a convenient time for the hangout.  Maybe Halloween as a fun sidebar to Shawn & Smorgy’s Bonfire?
To begin with let’s just keep it to chat (not video).  Once we get the hang of it, we can add in the video.
If you ARE interested, PM me your gmail address and I’ll add it to my list of contacts and also give you mine.
As a novice at this bear with me.  If you have knowledge about using Hangouts - please share it!
I’m game.  Are you?

Just saw this.  And this is not the first tiime it's happened.  Nor will it be the last, I fear.

The family of a Florida man who was placed in a medically induced coma Monday after his e-cigarette blew up wants others to understand the dangers of the devices.

Evan Spahlinger, 21, is in critical condition after he was found on the floor covered in soot by family members, WINK News reported.

“I was laying in bed with my 2-year-old and I heard an explosion, then I started smelling burning, smoke and fire,” Ema Richardson, Sphalinger’s sister, told the news station.

“I found my bother not breathing, with his whole face burned and his neck burned and trying to throw up a little or maybe he was gasping for air, so I called 911, she told WINKNews.com.

Spahlinger was taken to NCH Downtown Naples Hospital before being flown to a Miami hospital where doctors placed him in a coma to alleviate pain.

“They said he has internal and external burns and damage to his lungs for the explosion itself,” Richardson told WINKNews.com. “And possibly the mouth piece went, when the cigarette exploded, it went down his throat and exploded again.”

Firefighters told the news outlet that the explosion was likely caused by the device’s lithium battery.

“Luckily I was here, it was the most traumatic experience, I think, of my life,” Richardson said.

“We want people to know the risk and dangers. Had Evan of known, maybe he wouldn’t have chosen to smoke the electronic cigarette,” she said.

Cravings only last about 3 minutes.  This might take your mind off it for that time.  This critter visited us in the wee hours this morning:  https://www.youtube.com/watch?v=4TyITnN3-z8

And for any who are interested, the blog that I wrote which disappeared the day I was banned has now been magically restored.  Thank you Admin!

One Year of Life Saved

A milestone for you may be the first hour on the first day of your quit.  It may be your first week, or your first month or your first year milestone that knocks your socks off and says to you "YES I can DO this!"  Or "I HAVE done this!"  They're all glorious - our milestones!  My milestone today is the one I've been hankering for, for several months now, when I saw it was close on that old quit counter I took from  Iquit.com so very long ago.   The one sitting on my computer desktop that keeps ticking away and says "I've saved XXX number of days, hours and minutes of my life." It takes around 10 days of not smoking  to be equal to 1 day of life saved.
Well today that counter says I've saved a 365 days of my life.   One Year!   That was hard earned.  Not as hard earned as that first week, but hard earned nonetheless because of the fragile nature of our susceptibility to this addiction.  Quitting takes attention, nurturing, maintenance and mindfulness.  And I am proud to have achieved this amazing mark on the journey.   And just as eager to reach my next major milestone which will be 10 years  in March.  I don't know what to aim for after that.  But I'll think of something.  Because milestones are important to keep our quit embers glowing.
Earning one whole year of life from quitting is empowering and humbling all at once.  Of course it's simply a "psychological gratuity" shall we call it.  Did I ACTUALLY gain a year of existence on this planet - who knows.  But it makes me feel mighty good to think so.  And THAT's what this quitting thing is about.  It's all in the psychology of us, how we learn to perceive things differently, alter our behavior, overcome obstacles, and persevere no matter what.  Quitting impacts and gives courage and strength to all areas and aspects of our lives.  Milestones say to us::  "You did it!" and encourage continuation.   Well -  I did it!  And YOU CAN TOO!
If you've quit for half day, you can quit for a whole day.  If you've quit for a whole day you can quit for two whole days.  If you've quit for a week you can do a month.  And if you've quit for a month you can quit for a year.  Do you see?  Do you get it?  One day at a time, one block upon the next builds your tower to Freedom.
Those of us with long-term quits on here die a little with each relapse that occurs and are regenerated by each success.  We so want you to understand the truth and the costs of this addiction.  I am grateful for my year of added life, but more than anything I want YOU to have that too.  All of us Elders who hang around here,  we want YOU to experience the freedom and joy from the slavery of this addiction.  But most important of all, we want you to be free of the physical affects of what so many of us have encountered when we decided too late and 'after the fact'  to make the commitment.
Please have courage and don't wait 'til "after the fact."  If there is any one person on here who can check the box that says "It wasn't worth it"  let's hear from you.  If you DARE!  Seriously though - is there anyone here who can say quitting wasn't worth the effort put into it?
Chins up and have heart everybody!
With love and thanks to all who share the journey.
Giulia

Take a moment to pledge to honor your quit

A moment to stop by and renew your commitment to your quit.

A moment to remember the gift of it in your life. 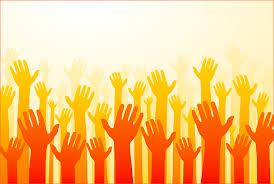